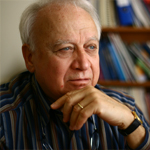 Prof. Dr. Ergüder received his PhD in Political Science in 1970 at the Syracuse University (Maxwell School of Citizenship and Public Affairs of), and joined the academic staff of Boğaziçi University. Between 1992 and 2000, he served as the Rector of Boğaziçi University. He chairs the Executive Committee and the Board of Trustees of the Third Sector Foundation of Turkey (TÜSEV) and is a member of the Executive Board of Vehbi Koç Foundation. Also, he serves on the Robert College Board of Trustees and the Executive Boards of the European Cultural Foundation (ECF) and the European Foundations Center (EFC). 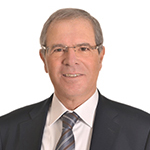 Alparslan Tansuğ holds a BS in Business Administration from Middle East Technical University. He started his career at ENKA and worked in various positions at the group. Alparslan Tansuğ is still a member of Executive Board of the ENKA Sports, Education and Social Aid Foundation and the Third Sector Foundation of Turkey (TÜSEV). He chairs the Executive Boards of the ENKA Sports Club and the ENKA Schools. Also, he serves on the Board of Trustees of the Terakki Foundation.

She holds a bachelor’s degree in Economics and Politics from the University of Bath and a master’s degree from the London School of Economics in the field of Development Economics. She has conducted fellowships at Johns Hopkins University and Harvard University on civil society. She is CEO of Özyeğin Social Investments including AÇEV (Mother Child Education Foundation), Hüsnü M. Özyeğin Foundation, and İz Child Development Centers. She is a Trustee of Özyeğin University and a member of  the Executive Board of TOHUM Foundation. She was awarded as a Young Global Leader by World Economic Forum in 2008 and as a Senior Fellow by Synergos Institute in 2009. In 2010, she received the Qatar Foundation WISE award. 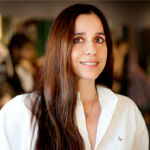 Ayşe Kadıoğlu is the Dean of the Faculty of Arts and Social Sciences at Sabancı University since 2013 and a professor of Political Science in Sabancı University since 1998. She completed her PhD in Political Science at Boston University (1990), MA in International Relations at the University of Chicago (1984), and BA in Political Science at Middle East Technical University (1982). She is a member of Sakıp Sabancı Museum Executive Board. She is a member of the Advisory Board of the Istanbul Policy Center/Stiftung Mercator. She has been a regular participant of Yale Law School’s ongoing annual Middle East Legal Studies Seminar since 2004. She is also among the consultants of the online site Free Speech Debate that make publications on freedom of expression. 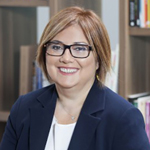 Canan Ercan Çelik was graduated from Middle East Technical University Department of Management in 1987. She started her professional career at PricewaterhouseCoopers as an independent auditor in the same year and continued at Borusan Holding as an Assistant Financial Controller at Borusan Holding. After becoming the vice director in charge of Finance, in 2006, she became the General Manager of the open corporation of the Group: Borusan Yatırım. Since 2013, she has been serving as General Secretary of the Borusan Kocabıyık Foundation and the Chair of the Board of Borusan Consultancy, who is responsible for the management of the joint services and expert services for the Group. Ms. Celik is also the Chair of SKD and a member of Global Compact and ERG Executive Board. 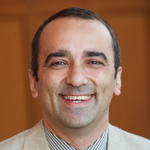 He is the founder of Global Academy and the writer of Global Civics. Before working as a researcher in Brookings Institute and Yale University, he had various occupations such as a blacksmith apprentice, personal tutor, tour guide and secretary general of foundation. He studied Anthropology and Political Science and International Relations in Boğaziçi University, Oslo University and New School for Social Research. He is the director of Boğaziçi European School of Politics. 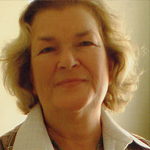 Dr. Gürkanak received her BS in Psychology from Middle East Technical University in 1968. She continued her education in Kansas University with Fulbright Scholarship where she received her MA and PhD in Social Psychology. She was a lecturer and department chair at Ankara University’s Faculty of Educational Sciences. See served in administrative positions such as Director of Ankara University Social Sciences Institute. She is one of the founders of the Psychology Association and the Turkish Association for the Prevention of Child Abuse and Neglect. She has been working as consultant and project manager in many projects about children of national and international endeavors. Since 1995, with a multidisciplinary group, she has been writing books for children/youth and educators on human rights and citizenship and educating adult educators. After retiring in 2000, she now lives in Biga, where she and her husband Prof. Dr. Mehmet R. Gürkaynak have founded the Gürkaynak Institute for Citizenship. 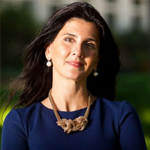 As a graduate of the Department of Business Administration at Middle East Technical University, Oya Ünlü Kızıl began her professional career in 1992 at the Turkish Prime Ministry Privatization Administration. Following her graduation from George Washington University with an MBA in International Business, she joined the World Bank and held the position of portfolio manager for the Middle East and North Africa region for five years in Washington, DC. Between 2001 and 2003, she served for two years as chief advisor to the Ministry of Economy. In 2003, Oya Ünlü Kızıl joined Koç Holding as an advisor to the CEO and currently serves as the Director of Corporate Communications and External Affairs. She was selected as a “World Fellow” by Yale University in 2008 and received leadership training in this program. She currently resides on the Boards of the Istanbul Foundation for Culture and Arts (IKSV), Sustainable Development Association (SKD), Education Reform Initiative (ERG) and the Turkish Family Health and Planning Foundation (TAPV). She is also the member of the Country Communication Committee of Turkish Industry and Business Association (TUSIAD). 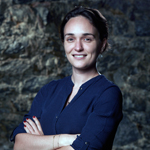 She received her BA in Economics and MA in Visual Arts Communication and Design from Sabancı University. For about 12 years, she has been working in the private sector in the field of communication. Her expertise is communication and brand strategy. After she worked for DBB Turkey Group as Strategic Planning Director for many years, she gained expertise in product/service design and customer experience design by joining the founding team of Finansbank Enpara.com. She served VW Istanbul Advertising Agency as General Manager for for years. Currently, she is the Director of Istanbul Portfolio at R / GA, which is considered one of the most innovative companies in the world. At the same time, she is a member of the Executive Board of the Advertisers Association. 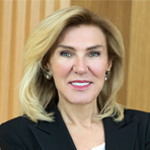